As President Obama edges closer toward deporting 2 million people during his time in office–he will likely hit that mark in April–people without documentation, their families, and their communities have decided to take him on head first. One of the most interesting tactics has been the Bring Them Home campaign which uses unjust US immigration laws to fuel greater justice for immigrants.

From March 10 to 17, over 150 people without documentation voluntarily crossed the Mexico-US border from Tijuana, Mexico and voluntarily turned themselves into border patrol agents at the Otay Mesa Port of Entry in San Diego, California. From there they were taken by the Immigration and Customs Enforcement Agency (ICE) and placed in detention.

The tactic appears to be a counterintuitive way to force change on the system; it simply does not seem logical to fight deportations by getting people into the system where the end result is often deportation. Nevertheless, these actions–this is the third Bring Them Home event since the campaign began in 2013–are part of an organized and well-coordinated movement fueled by the Dream Activists, a group of young people without documentation who refuse to accept President Obama’s enforcement of immigration laws.

The activists reject the current debate surrounding immigration reform–which really only focuses on people from Mexico and Central and South America while ignoring white skinned immigrants without documentation–that has resulted in bills in the Senate and the House of Representatives that at best would provide US businesses with a cheap, indentured workforce and at worst, in the case of the House bill, would focus on punishing immigrants and strengthening border security. 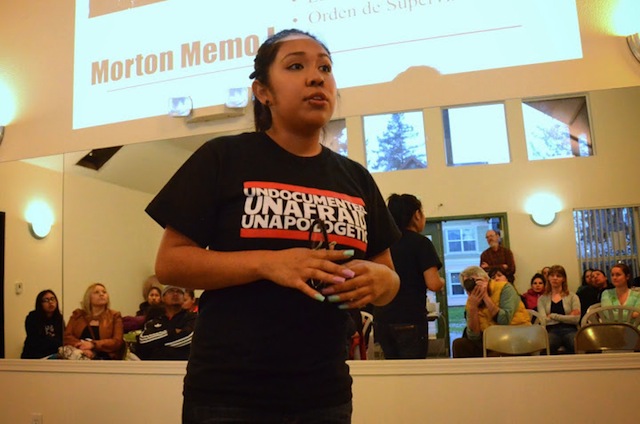 At a Portland training in late March, Sindy Avila and Liliana Luna–both  Oregon Dream Activists who were at the most recent Bring Them Home event–emphasized the importance of direct action as a response to repressive government action. “This campaign is a reaction to the crisis of mass deportations and the crisis of borders,” Avila told the crowd of 70 mostly Spanish speaking people. “We are saying to the politicians, ‘You have to respond to this situation.’ We are going to protect our communities. These actions are necessary because the government isn’t protecting us.”

“We are not going to wait for the government to tell us when we can reunite with our loved ones who have been deported,” Luna said. 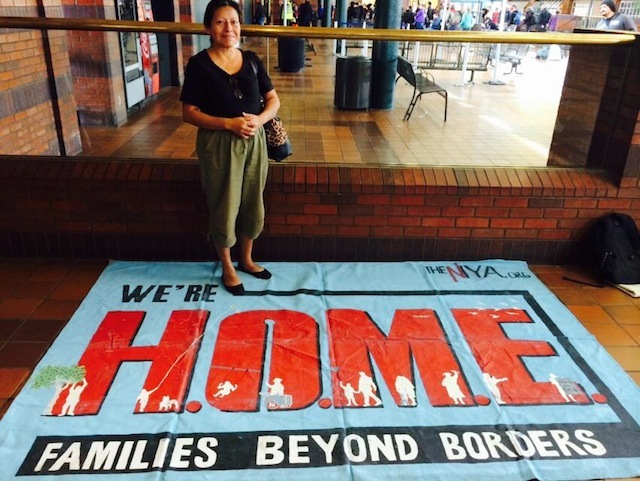 In 2008, the Bush Administration and ICE rolled out the Secure Communities program, a partnership between federal, state, and local governments to facilitate the detention and deportation of people without documentation. “Secure for whom?” asked Luna about the program. “Not for us.” The program is based on racist hyperbole, such as that all immigrants are drug dealers or wide-eyed rapists perpetually in the rut. It has resulted in looking at immigrants as either “good immigrants” or “bad immigrants,” instead of as individuals who are members of families, friendships, and communities–as is largely understood in a near-sacred fashion when discussing white citizens (and often white skinned people without documentation) in the US.  This myopic lens plays into the fears of many white Americans who see their relatively privileged position in society falling and find it easier to place blame on other people, rather than the predictable systemic outcomes of capitalism.

Avila and Luna outlined the various ways people can and should resist. These methods pertain to the home–police must identify themselves and show a warrant if they are to enter it; following police reports every step of the way–police have discretion with what they charge a person, and reports sometimes contain inaccuracies; or just knowing some pertinent facts–Multnomah County Sheriff Daniel Staton made an agreement with the County not to honor ICE holds under certain conditions, people must work with their families, friends, neighbors, and community members and arm themselves with the necessary knowledge to truly secure their communities.

Avila also said that part of the strategy of the action was that it is easier to stop a deportation than bring people back to the country after they have been deported. During the first Bring Them Home action, 9 people were detained. Subsequently–after a barrage of phone calls from family, friends, and community supporters–all were released and reunited with their families within two weeks. The second Bring Them Home event saw 34 people imprisoned, with 28 of them eventually reuniting with their families. Although the majority of those who crossed during the most recent action remain detained, of the 14 people from the Northwest, only three remain in prison. 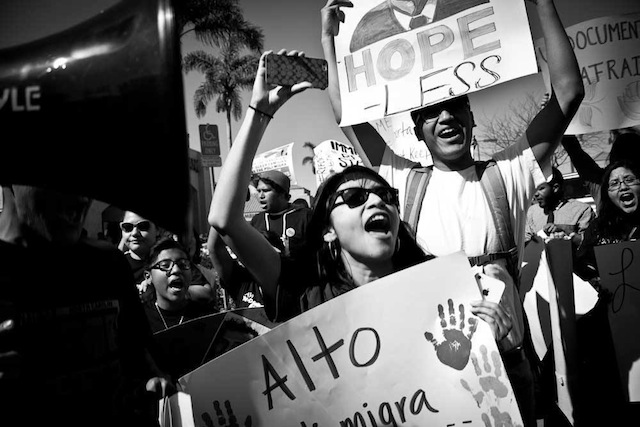 The Obama Administration’s deportation policy has torn apart families and communities, and the bills so far proffered by Congress offer nothing to address this. The members of these families are by and large law abiding citizens who have often made their way to this country because of the devastating economic and political impact of so-called free trade agreements such as NAFTA and CAFTA that compel them to leave their homes in search of something better for themselves and their children.  “Regardless of minor offenses,” said Avila, “people wouldn’t and shouldn’t be separated from their families and communities.  But this happens over and over again because of programs like Secure Communities.”

“The goal of this action was to reunite 250 family members,” said Luna. “The immigration system isn’t working. Borders have broken our families and communities. We will not wait for the government to tell us when we can reunite with our loved ones that have been deported. We are taking matters into our own hands.”

Politicians are starting to hear the message. As is typical, at first they claimed their hands were tied: there were laws, and as we are a nation of laws, those laws must be followed. However, when in June 2012 President Obama found himself in a tight campaign against Republican challenger Mitt Romney, he needed to appeal to Latinos to secure their votes. So he issued the Deferred Action for Childhood Arrivals (DACA) which relaxed the rules for some people without documentation who met certain requirements. In November 2013 during a speech in San Francisco, a young man without documentation shouted at the president that he had “the power to stop deportations.” Obama replied, “Actually, I don’t.”

Now facing the possibility of the Democrats losing the Senate, Obama is once again finding the rules not so inflexible. On March 13 he called for a review of his administration’s deportation’s policies, saying he felt a “deep concern about the pain too many families feel from the separation that comes from our broken immigration system.” While he has yet to offer any concrete solutions, it is a reasonable bet that he will find some in order to secure Latino votes come November. 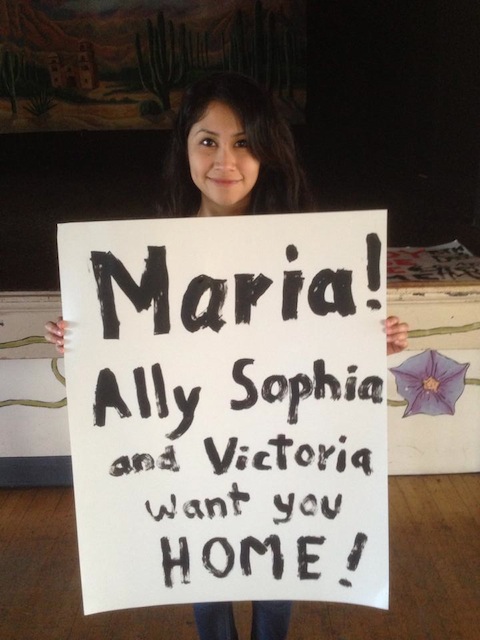 Avila said there was strong media coverage of the border crossings focused on the families ripped apart through deportations, and it is likely not a coincidence that President Obama announced his plan to review his immigration enforcement policies while those crossings were occurring. Prior to the most recent Bring Them Home action, Obama found himself defending against being labeled by many immigrant rights groups as “Deporter in Chief”. He was still on the defensive after his March 13 announcement, as immigrant communities and immigrant rights supporters began wondering why–if he was so deeply concerned about families being separated–families were still being separated.

The pressure did not go away after activists left Otay Mesa. Advocates began calling the ICE prisons where people were detained, demanding their release. Very simply, ICE does not want the attention, and perhaps more accurately, President Obama and the Democrats don’t either. Being the party of the Deporter in Chief and being known as the party that can do something to stop families from being broken apart, but is doing almost nothing, is not a good Election Day image. People who do not like seeing families being torn asunder will vote accordingly.

Ultimately, Bring Them Home is a campaign of public resistance. It brings to light the violence against immigrant communities, whether or not those immigrants are documented. And it creates strong bonds. Avila noted that when she arrived at Otay Mesa, she, like many of her comrades, did not know many of the other people there. “But,” she said, “we left as a community.”

That spirit of  Otay Mesa was on display at the March 28t training. Luna told the 70 people in attendance that their presence meant a greater number of people who can provide support for the struggle and hasten the toppling of these unjust immigration laws. “I’m undocumented,” she said. “I’m not afraid. I go here and there and do what I want because I know all of you will protect me.”

For more information on how to get involved in the immigrant rights movement, and in particular, to help get the remaining people in ICE prisons back to their families, go to: https://www.facebook.com/BringThemHomeOregon 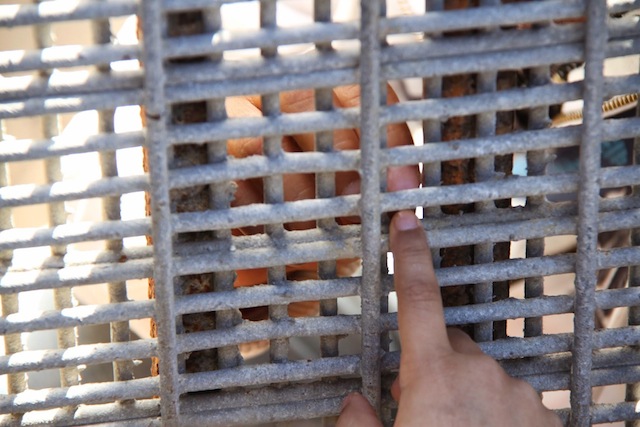