1.  “True effective organizing comes from the bottom up. I learned this in organizing with the Comite de Defensa del Barrio (Barrio Defense Committee), PCASC’s immigrant-led group organizing against racism in our communities and demanding dignity and respect.” -Brenda, PCASC outgoing staff

Check out photos from our wildly successful Criminales Todos art show last December and materials from PCASC’s immigrants rights organizing and find out how you can get involved!

2.  “This summer I learned A LOT about free trade.  And how to put pressure on politicans.”  – Jake, PCASC volunteer

It’s  not too late to TAKE ACTION!  The House Ways & Means Committee had its last hearing on the Colombia Free Trade Agreement this past Thursday.  The bills couls be introduced at any time, and Congressmembers will only have a couple of weeks to make an up or down vote.  Congressman Earl Blumenauer is still “undecided” on the Colombia FTA, despite widespread opposition from labor and human rights organizations in the U.S. and Colombia, and even from many of his fellow Ways & Means committee members.  He needs to continue hearing from us until he publicly opposes this heinous trade deal.

Call Congressman Blumenauer today at (503) 231-2300 and leave a message urging him to vote NO on the Colombia, Korea and Panama Free Trade Agreements.

3.  “PCASCers LOVE to CELEBRATE! And that’s why I’m anticipating that PCASC’s sizzling summer concert and night of art and celebration on August 26 will be wildly successful!  Its time to dust off your dancing shoes.”- Shizuko, PCASC board member

ust 26, 2011 from early evening until midnight!  The party will take place at the beautiful and elegant Village Ballroom (700 NE Dekum St) and will feature several artists including musicians, poets, and featuring the sizzling salsa band Dina & Bamba Y Su Pilon D’Azucar!  Mark your calendars, more information about this fabulous night to come!

4.  “PCASC is an amazing organization.  Everyone works together to get stuff done.  PCASC is a great place to meet committed people and ge

Are you curious about all of PCASC’s organizing work?   Would you like to get involved?  Please visit the PCASC website or stop by and join us for our bi-monthly general meetings, which are held the first and third Wednesday of the month at 7pm at out office located at 2249 E Burnside St. in Portland, OR.  Call us if you would like to attend a volunteer orientation.  503 236 7916. 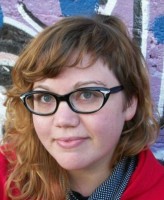 rough the PCASC history project, I am learning about the amazing work that PCASC has done throughout our 31 years of existence.  Just today I was researching PCASC’s role in helping the victims of the genocide in Guatemala in the 1980s.  In 1987 we organized a speaking tour featuring Rigoberto Menchu who came and spoke at Reed College.  It was powerful to see how much support we had back and to know more about our rich legacy as a solidarity organization.” -Kari, PCASC History Project czar and interim coordinator

Do you have something to share about PCASC history?  Would you be interested in volunteering with the PCASC History Project?  To contribute information or volunteer contact Kari at kari@pcasc.net.

6.  “The spirit of resistance is alive here in our communities. Undocumented youth living in Portland are taking a brave stance i 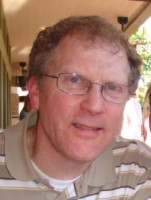 n saying, ‘We are undocumented and we are unafraid!'”- Jerry, PCASC Board member

Jerry attended the Northwest Immigrant Youth Alliance’s powerful Coming Out of the Shadows / Día de Salir de las Sombras event on july 2, 2011.  Immigrant youth spoke about the challenges of being undocumented and several came out to the community as being undocumented.  This event was part of a larger national trend of youth who are taking leadership in challenging the assumption that only those who have “papers” deserve access to life, liberty, and the pursuit of happiness.  For more information, check out the NWIYA’s Facebook page.

7. “I’m new to PCASC and I’m excited to see how PCASC is making the struggles for justice in Latin America visible.  These struggles are intricately woven into the daily  struggles of immigrant communities here in the US. Making the connections between US foreign policy and domestic policies paints a more complete picture of the current struggles of the people of Latin America.” – Susy, PCASC interim coordinator. To get involved in our immigrant rights work, contact susy@pcasc.net.

8.   “Our recent fundraising event Brews Not Bombs shows that the REVOLUTION will not be televised, but it WILL be funded by magical elixirs donated by PCASC volunteers and supporters!” – Craig, PCASC board member

y recent visit to Venezuela, I learned about the Community of Latin American and Caribbean States (CELAC), a nascent regional bloc that includes all countries in the Americas except Canada and the United States. The CELAC is intentionally set up as an alternative to the Organization of American States. US-domination of the OAS has been a long-term problem for the region, resulting in situations like the OAS’ long-term exclusion of Cuba and its inability to effectively handle the crisis of the coup in Honduras. The new wave of left-of-center governments want more autonomy and the CELAC is one expression of that.” – Jess, PCASC volunteer

PCASC strives to keep the community educated about the exciting political changes that are happening throughout Latin America.  We recently hosted author Eva Golinger who spoke at an event entitled “Wikileaks and the Empire’s Web”.  We also hosted Honduran youth activist and leader in the resistance movement Gerardo Torres who spoke passionately about the need for solidarity with the democracy movement in Honduras as it struggles to restore true democracy after the military coup which took place in Honduras two years ago.  Click here to watch video of Eva Golinger’s “Wikileaks and the Empire’s Web” event here in Portland (thanks Joe anybody!).  Click here to watch  Gerardo Torres’ interview on Democracy Now with Amy Goodman.

10.  “PCASC is both responsive to the passions of individual members while staying true and committed to its mission .  It’s unique and refreshing to see that.” – Jennifer, PCASC staff

We hope that you are inspired by the vision of justice that PCASC strives to achieve through our organizing work.  Please consider making a donation today to support PCASC.