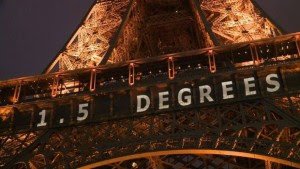 Following the Paris Climate Talks, many world leaders and big green groups were quick to claim victory. But what really happened in Paris? Where is the final agreement taking us, what are the implications for climate justice and where does our movement need to go?

We’ll hear from Jill Stein, Maralena Murphy, Ptery Leight and Virginia Wiseman, all of whom were in Paris, about the talks and the role the grassroots in Portland can play to bring about climate justice. The panel will be followed by a discussion/Q&A.

This event is free and open to the public. RSVP on Facebook here

More info on the Panelists:

Maralena Murphy, an organizer with the Portland Central America Solidarity Committee (PCASC), and Ptery Lieght (Right 2 Survive) attended COP21 as part of the It Takes Roots – Grassroots Global Justice delegation. Maralena will be sharing photos and videos, some from Kelly Baur, another PCASC, It Takes Roots delegate, and both will speak on their experiences in Paris as part of the delegation and their work here in Portland.

Jill Stein is an organizer, physician, and environmental-health activist. She has led initiatives promoting healthy communities, local green economies and the revitalization of democracy – addressing issues such as environmental, economic and racial justice, campaign finance reform, green jobs, and the cleanup of incinerators, coal plants, and toxic substances. She was a principal organizer for the Global Climate Convergence for People, Planet and Peace over Profit.

Previously she served on the Massachusetts and national boards of directors for Physicians for Social Responsibility, where she worked on environmental health and nuclear disarmament.

Read more about the It Takes Roots delegation online at http://ittakesroots.org/.

Virginia Wiseman (350PDX) reports on environmental negotiations and conferences with the International Institute for Sustainable Development’s Earth Negotiations Bulletin (ENB). ENB covered the various bodies of the UNFCCC that were meeting in Paris at COP21, offering unbiased accounts of the play-by-play through daily reports, daily webpages/photos and a summary report.